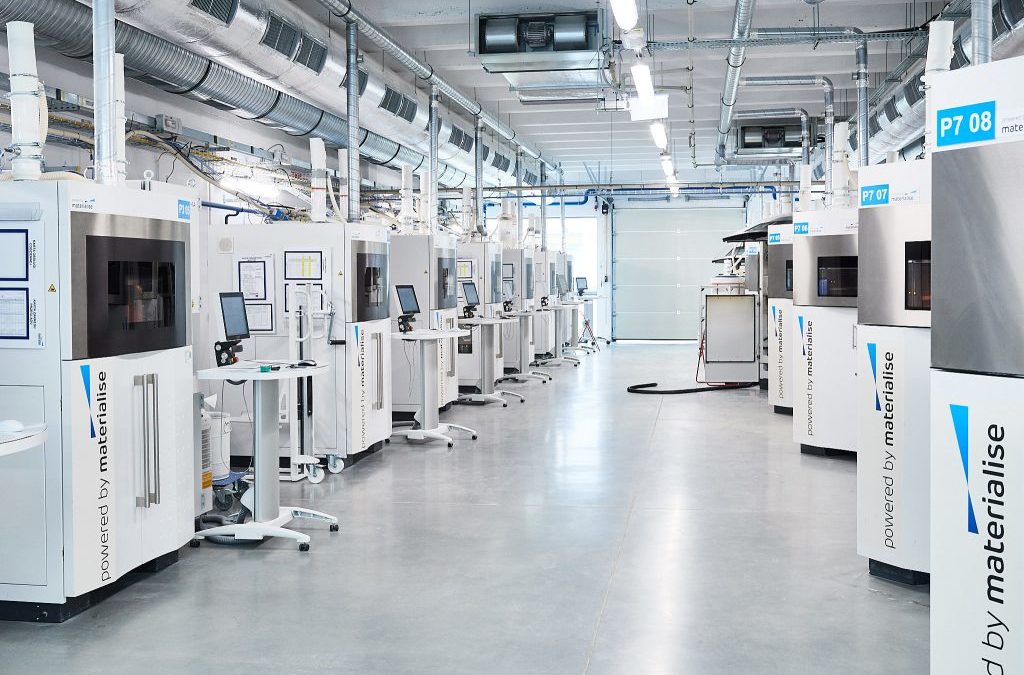 In a blog written about the announcement Fried Vancraen, Materialise CEO, explains,  “If we, as an industry, want to increase the adoption of 3D printing, we need to work together to provide more control, more choice in materials and systems and ultimately lower cost,”

“THAT’S WHY TODAY, I AM PROUD TO ANNOUNCE A STRATEGIC ALLIANCE WITH BASF, THE LARGEST CHEMICAL PRODUCER IN THE WORLD, WHICH INTENDS TO DRIVE GROWTH IN THE 3D-PRINTING INDUSTRY BY PROMOTING A MORE OPEN MARKET MODEL.”

In addition to the investment, Vancraen has confirmed that Materilaise has opened a new public offering of up to $50 million in new shares.

BASF hatched plans to launch its dedicated 3D printing company, BASF 3D printing Solutions GmbH, in July 2017. Since then, a number of strategic investments and partnerships from the company have come to light covering many bases of the 3D printing materials market.

In August 2017, Dutch premium filament maker Innofil3D was acquired by the company in for an undisclosed sum. In October, the company acquired Solvay’s polyamide business for an estimated €1.6 billion. Throughout the year, BASF signed partnerships with Xaar, Essentium and even 3D laser-assisted bioprinting company Poietis.

Most recently, BASF also added SLS/FFF materials producer Advanc3D and bioprinting company Setup Performance to its portfolio. In total, the acquisitions and partnerships cover a large portion of the plastics market, from photopolymers, powders, and FFF filaments, through the specialist biomaterials.

Under the open business model, BASF and Materialise are to work together to improve material availability and software used in 3D printing.

With Materialise’s well-established position in the medical sector, the focus of the new effort with BASF will be pulled to consumer goods, automotive and aviation.

Vancraen asserts, “BASF will use our 3D-printing facilities, one of the largest in the world, to launch or certify new materials in multiple verticals such as aerospace, automotive and wearables.”

“Today’s announcement,” he adds, “signals another giant leap forward in unlocking the full potential of 3D printing as a complementary manufacturing technology and taking a bigger share of the 12 trillion dollar global manufacturing market.”